Home/Blog/Trip Reports/Release the Kraken! How an eight-armed thief stole my one of my strobes 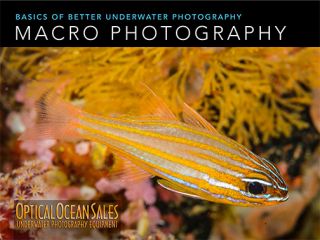 Underwater, the closer we look, the more we see. Slow down, go small and look into the plants and growth. You’ll find surprisingly beautiful and fascinating subjects.
Macro photography allows photographers to get in close, reducing the amount of water between the camera and subject; bringing out color, sharpness and details in photos.

How an eight-armed thief stole my one of my strobes!

On a recent dive I went to check on the resident octopus and saw him sitting outside his den for a change.  A great wide angle photo opportunity, too bad I had my macro lens on!  None the less, I got the camera setup and strobes placed, then slowly swam towards him.  While I approached, I framed my shot and as I snapped the photo, he moved.

A typical underwater photographer’s challenge but then I looked up, realized he was still moving and reaching towards the camera.  I snapped another photo and then hesitated for just a moment wondering if he would quickly realize it was nothing he could eat and I could just continue taking photos.  Oh, was I wrong! I could hardly finish that thought before he engulfed my entire camera! I had tentacles wrapped around my hand as I held my camera tight and tentacles working their way up the lanyard to my clip.

We signaled our other buddies who were just a few feet ahead of us and they came back.  Realizing the situation, they began helping gently peel Mr. Octopus off of me and then off my camera. Meanwhile, he had secured a strong hold under the rocks and pulled the strobe arm into his den.  Thankfully the camera itself was too large for the opening.

I unclipped the camera from my D-ring to gain some leverage and then proceeded play tug-a-war with a giant pacific octopus in an effort to retrieve my Sea & Sea strobe.  Trying to beat an octopus at a game of tug-a-war when he has his den and surrounding rocks as leverage was almost amusing in retrospect!

I took a break from the game of tug-a-war and tried a different tactic. I went and found a small crab and threw is back into his den hoping he’d realize it was food and the strobe was not. Trying to negotiate a trade with an octopus at 65’ wasn’t going so well either.  Bottom time was running low considering this was the second dive of the day and air was reaching the point where I needed to do something relatively soon.

So, I had to Release the Kraken! The Kraken Sport clamp that attached the camera and strobe arm to be more specific.  Thank goodness I could easily reach into his den and loosen the clamp to save two-thirds of my camera set-up.  I left my eight-armed thief for a bit and then went back one last time for a good tug but he still refused to reason with me! It was time to head to shore and figure out a recovery dive plan.

I was able to get to the shop and get my tanks filled before they closed.  However, it was too late to return to the site (private) but I made arrangements to enter early the following morning. I just feared he would get bored with his new toy and discard it, which would result in it becoming positively buoyant and away it would go.

We returned to wake the sleeping giant early the next morning and he totally ignored us!  We tried our best to look into his den and saw no sign of the strobe.  However, we did find the plastic checkered wrapper off one of the floats discarded in his pile of crab shells.  I began to wonder if he chewed his toy up? Was it still intact? Would it even float?  I may never know. We searched all around the dive site and along the bank. I later kayaked a 3-miles stretch of shoreline, posted flyers locally and flooded social media trying to get the word out.

While the experience was an incredible interaction, in an amazing yet potentially scary way, I knew the octopus was just being a curious creature.  I never thought of the clamp being a safety device. Bottom line - strobes are replaceable… along with arms, clamps, batteries and sync cord!  It was an interesting conversation with my insurance agent.  “Haven’t seen it, haven’t covered it” pretty much sums it up.

Meanwhile, if you see a Sea & Sea YS-D2J strobe on a Kraken Sport arm floating or washed ashore somewhere near Hood Canal, please pick it up. I would love to have it back to complete my story if nothing else!