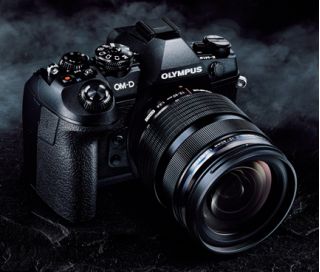 The new Olympus OM-D E-M1 MKII has been the darling new camera lately, with high reviews from all corners for its improved feature set. The combination of a wide range of superb PRO lenses, fast speed, and incredibly rugged build quality has everyone thinking about this m4/3rds camera as the answer for a smaller, high performance underwater platform.

A Tour of West Papua Paradise

Although most divers are acquainted with Raja Ampat, remote outlying areas such as Triton Bay are not so well-traveled. In March of 2019, Optical Ocean Sales led a photo expedition diving in Triton Bay for 5 days, then joining the Damai II liveaboard for diving in Triton Bay, and continuing northwest to dive Raja Ampat, ending in Sorong. Over the course of 16 days, we would have close to 50 dives offered.

Triton Bay is one of three regions in Indonesia’s West Papua province that comprise the Bird’s Head Seascape (the other two are Raja Ampat and Cenderawasih Bay). It is now considered by marine biologists to be the epicenter of the Coral Triangle and contains more fish and coral species than anywhere else on the planet. (Click map for larger image)

Getting to Triton Bay is not easy. Flying into Jakarta from the US, after a short layover (and a long argument over excess baggage costs), we continued to Sarong and then onto Kaimana. We met Leesa, one of the owners of Triton Bay Divers there and in a small, fast boat traveled another few hours south to Triton Bay Divers. Whew. 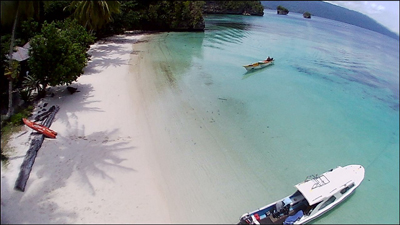 Located on a pristine bay on Aiduma Island, the diving is conducted in the straits between it and West New Guinea. Dotted with many islands, rocks, small protected bays and slopes, it provides excellent diving.

The resort, which is a partnership with local landowners, has six bungalows, a pleasant dining room and dive shop. It is quite amazingly comfortable in its remote wilderness location. Food is not fancy, but good, and mosquito protection and prophylaxis a must. Leeza and her staff go out of their way to accommodate their guests. As they have a good relationship with the locals, she is able to offer access to diving which otherwise wouldn’t be obtainable.

The life in Triton Bay is stunning, with large schools of fish, soft coral and invertebrate. Unfortunately, as it is protected, underwater visibility comes and goes. Some of the further north and south sites were better, but many of the closer sites were pretty green, too hazy for much in the way of wide angle photography. But the macro life was in abundance and all of the diving there was very enjoyable. 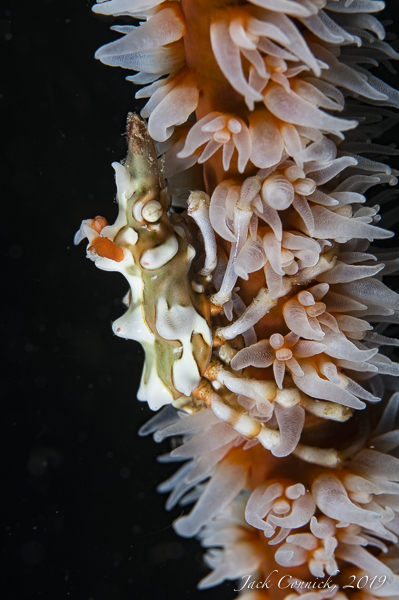 We shot an incredible array of macro life and captured shots of just about every imaginable critter from several varieties and colors of rare, dwarf pigmy seahorses, shrimp of every size and variety; Coleman, Peacock, Emperor, Harlequin and Hairy, you name it. Nudibranchs of every psychedelic hue, size, shade and pattern. Crabs of several varieties, and even cuttlefish and octopus were included. Triton Bay is also home to the rare Triton Bay Walking Shark and a dive was arranged to take a few shots of these.

The soft coral, rocky reefscapes and schools of fish were spectacular near the resort, but mostly frustratingly murky. However, on two occasions we traveled up to the “bagans” (bait fishing platforms), where the crews were happy to feed whalesharks that congregated there for a free meal. We wore our cameras out having fun swimming alongside them.

Ending our stay at Triton Bay Divers, we met the Damai II in Kaimana (after a second free dive with the whalesharks) for the main event of our expedition, our 700 nautical mile journey to Raja Ampat and Sorong.

I’ve run lots of trips on the Damai I and II, they are large wooden boats made for a smaller group of no more than 12 divers. Huge cabins, fine dining and exceptional service is the norm. Everyone has their own dive station, with a separate rinse tank for cameras. We even had a masseuse to ease our tensions! 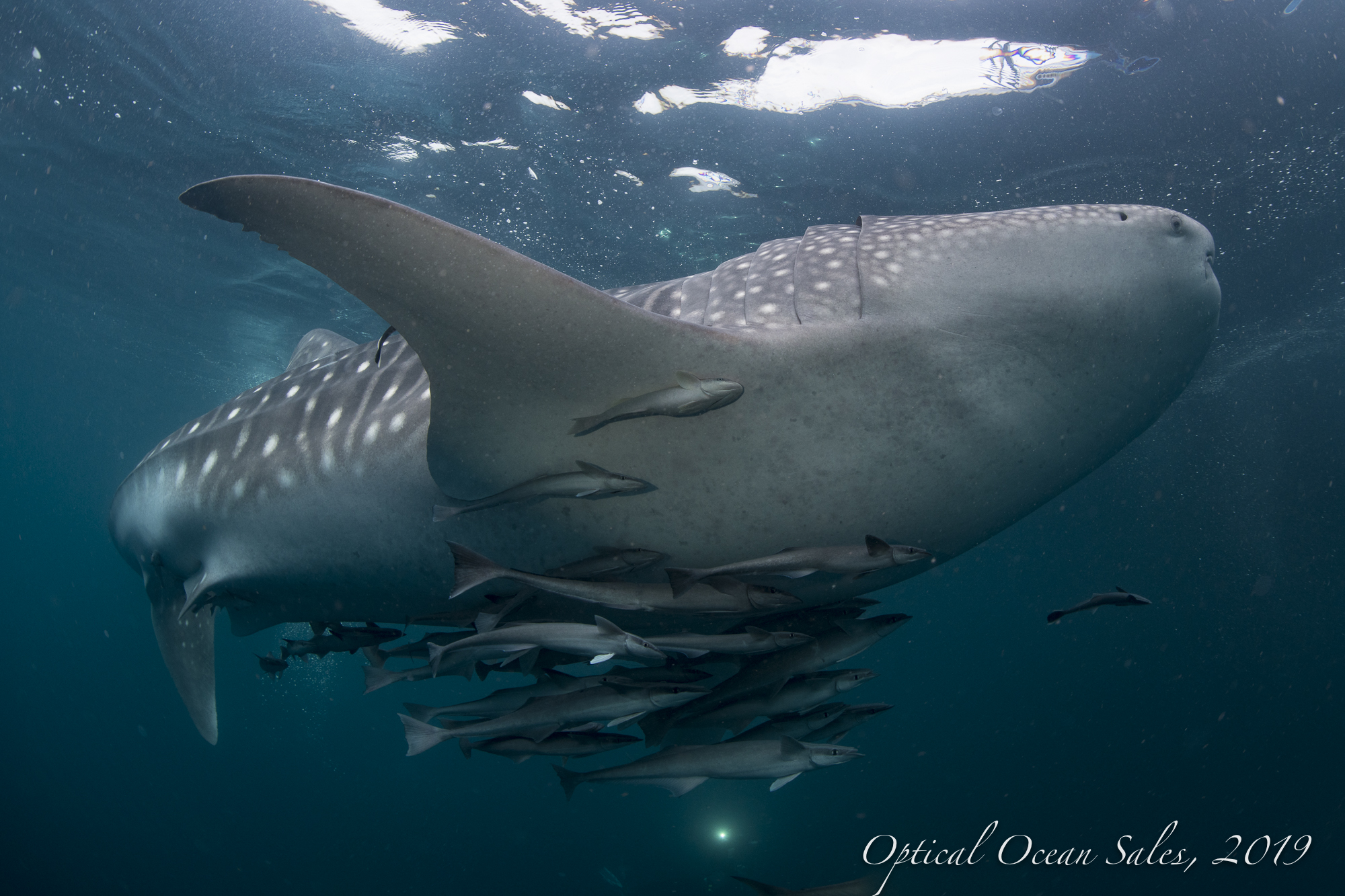 One note about our Damai cruise. Many years ago, I had the immense pleasure of diving with one of their guides Salim in Raja Ampat. He was amazing, and somehow we connected our intentions almost telepathically underwater. This was to be his last cruise as a dive guide, he has moved onto being a boat driver, joining my good friend Anton. These guys have 35+ years diving in Indonesia and Salim’s kids are excellent guides as well. It was an honor to dive with him, and he loved modeling for me.

After loading the rest of our guests, we then doubled back south to Triton Bay and searched out the bagans who had disappeared. This worked out fine as there were clearer conditions and more whalesharks - we had 6 at once! At another local site, Batu Jerek, we had very clear conditions finding two Woebegone sharks, with one out unusually sunning itself on a rock.

Moving back up the straits along Aiduma Island, we spent the afternoon and the next day at some favorite sites there, (Little Komodo, Froggies, Batu Tiga and Bo’s Rainbow) before starting the long cruise north to Raja Ampat via Momon Bay and Palau Pisang Island.

Unfortunately, we ran into adverse currents, strong winds and two-meter seas that doubled our time to Momon. The conditions were too rough on the outside of the bay, but we found a protected slope to dive that had some nice macro life and were even treated to a quick flyby by a flock of mobulas.

Early the next morning, we managed a high current dive in choppy seas on the outside at Batu Ciantik. The bommies there were fantastically covered with bright soft coral, fans, all teaming with sealife.

This was where diving with a guide like Salim was reassuring. Even though this was an extremely remote site in strong conditions, if you kept up with him, you never had any issues.

After waiting out the weather, we pushed off to Palau Pisang, one of the longest passages. Again, our arrival took many hours longer due to strong currents against us, but at least the seas were calm. Arriving in the afternoon, we dove T-Bone reef a couple of times, finding another Woebegone shark and some other critters, but also poor visibility.

We pulled anchor and pushed off for Misool in the south of Raja Ampat. We made good time and arrived there early the next morning to find absolutely perfect conditions, sun, flat seas, stunning visibility and best of all, few other boats. Feeling happy that we had made a good decision to push north as quickly as we had, we scheduled our diving for the next several days with the park rangers.

Misool is probably one of my favorite dive areas in the world, as a No-Take-Zone (NTZ) was created in 2007 by the Indonesian government and is protected by a private foundation that is a partnership with the Misool Eco Resort. It’s been expanded to include 300,000 acres. The NTZs are leased directly from the local villages and everyone has come out better for it.

Inside the two NTZs, all extractive practices are prohibited. No fishing, no collecting turtle eggs, no reef bombing, no cyanide fishing, no netting, and no shark finning is allowed. Visitors to Misool remark on the incredible diversity of the reefs, and fishermen working outside the Marine Reserve report better catches.

Liveaboards check in with the park rangers and are given time slots to dive the well-known sites, like Nudi Rock, Whale Rock, Andiamo, Magic Mountain to name but a few. This results in a good experience for all, as there aren’t a massive amount of boats dropping their divers on one another like Palau, and the reefs can be rotated out if they are feeling too much pressure. Studies conducted over the years have found that the biomass has increased and is 250 to 600% greater. It’s a great example of how private and government organizations can work together. 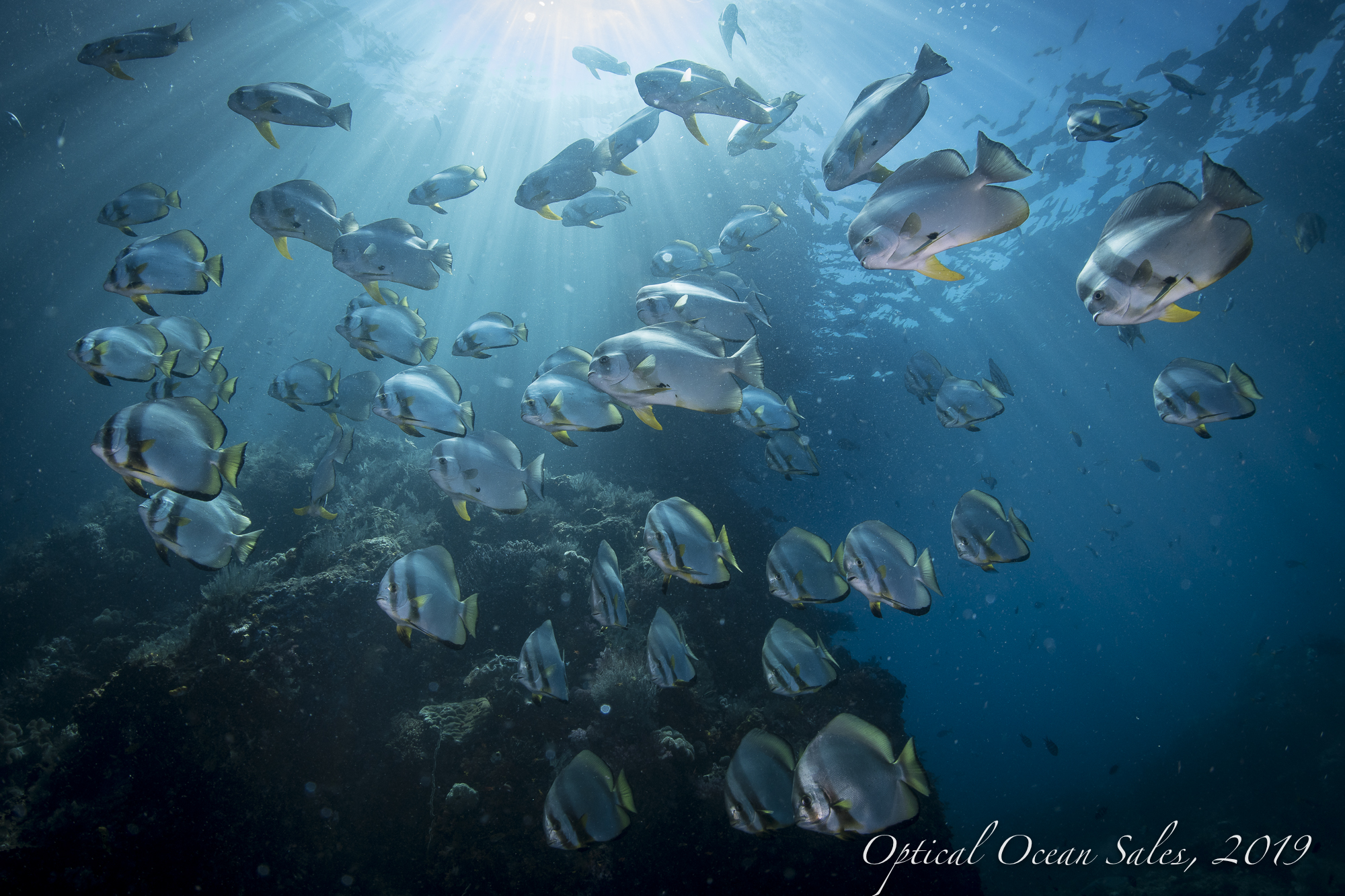 Huge schools of fish were found at every site, and there’s more coral species found in one football-field sized patch in Misool than the entire Caribbean Sea. It’s hard to describe the color and spectacular underwater reefscapes we found there.

Dive sites vary from fairly protected small islands, to exposed ridges, seamounts and reefs that require divers to descend in current quickly to their lee. We dove them all, spending a leisurely 4 days in that small area. One highlight was Boo Window, and although the middle of the window has collapsed, massive schools of Batfish, Jacks, Snapper and other fish absolutely surrounded us in calm water and sun. We enjoyed stunning anchorages and clear warm weather. One evening we went over to an island that’s a black tip shark nursery and were surrounded my “toe” nipping sharks that were fun to dip-shoot.

With great regret, our schedule called for us to be on our way to Sorong. We made stops in the Penemu area, with a memorable dive in Melissa’s Garden, where we had to rescue another liveaboard’s dive skiff that has overturned in breezy conditions. Unfortunately, I contracted a cold that was going around the boat and couldn’t dive that last couple of days, but everyone enjoyed classic sites in the north of Raja Ampat like Sawandek Jetty and Cape Kiri. Finally arriving in Sarong, we departed the Damai II for a long, but easy, journey home. 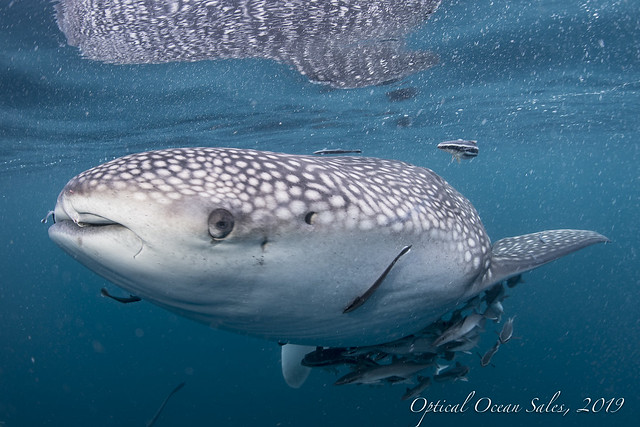