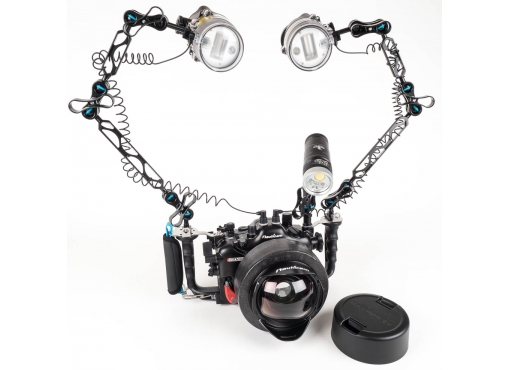 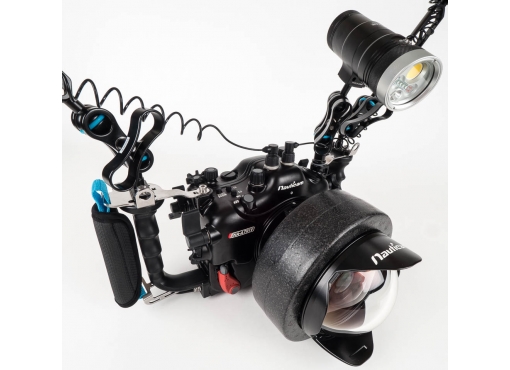 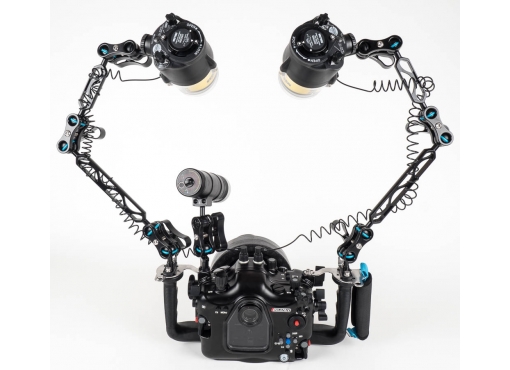 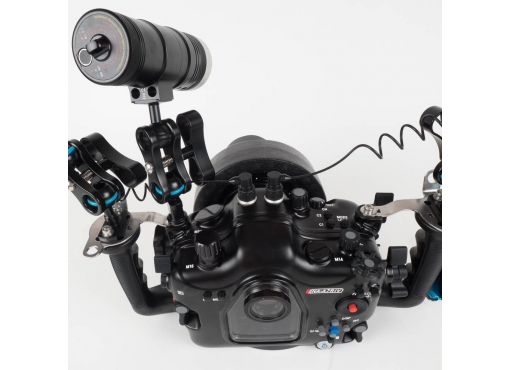 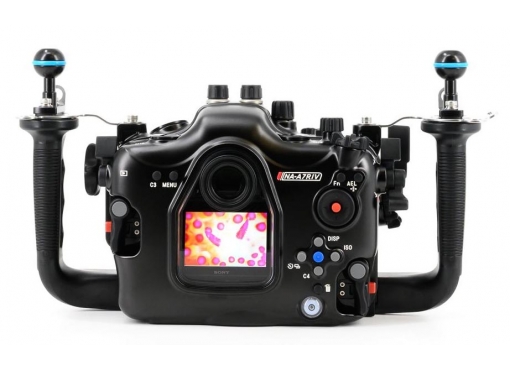 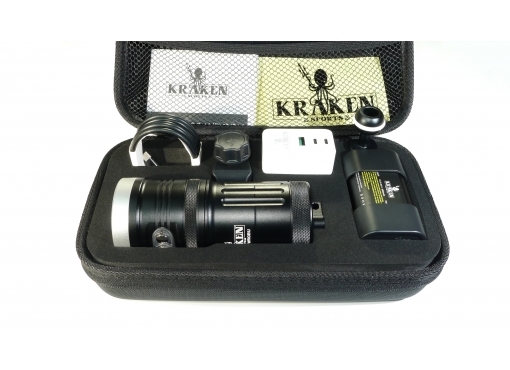 Combines the Nauticam NA-a2020 Housing with the Nauticam WWL-1B and port for use with the FE Sony 28mm f/2 lens. Included also is a great lighting system consisting of two Sea & Sea YS-D3 strobes, mini flash trigger, fiber optic sync cords and the Kraken Hydra 4000 lumen light. This system is a compact mirrorless SLR package that works well for any underwater adventure! 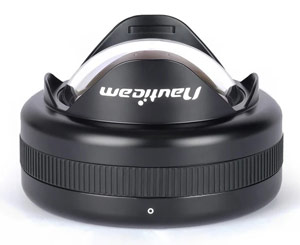 The next generation of WWL-1 is here!  The WWL-1B features the same stunningly sharp optics as the WWL-1, but it now includes an integrated aluminum buoyancy collar to make it nearly neutral in water.  The WWL-1 and now WWL-1B are still the highest quality wet-changeable underwater wide-angle conversion optics ever made, featuring unmatched contrast, overall sharpness, corner sharpness, and clarity. The design is truly full zoom through, allowing zoom to to be used as a tool for framing, and removable in water for close-up and macro shots. (Note: Upgraded - System shows older WWL model)