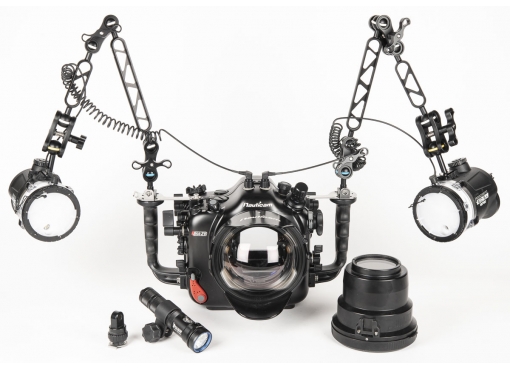 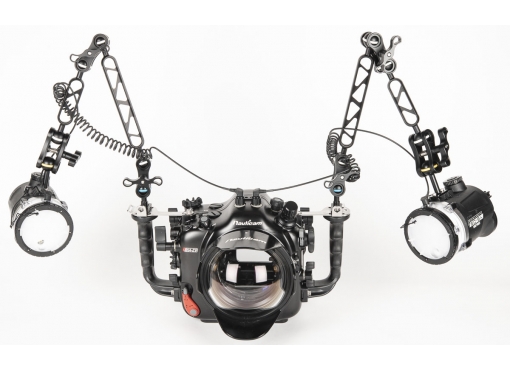 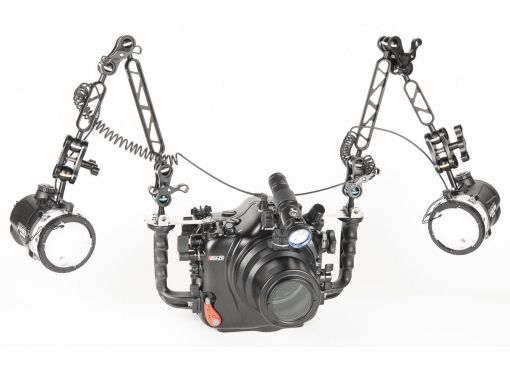 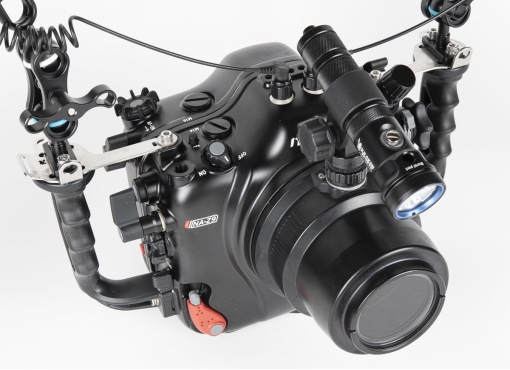 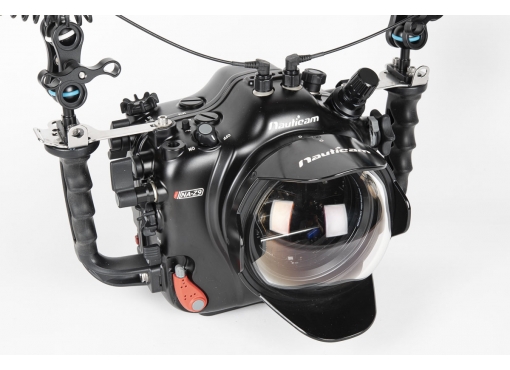 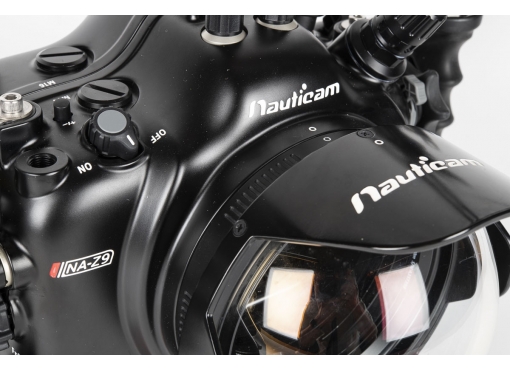 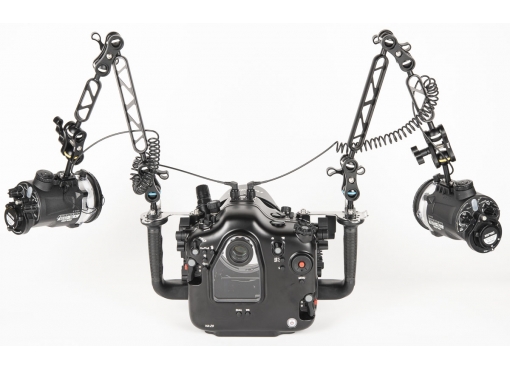 Everything you need to shoot wide angle and macro with the Nikon Z9 underwater in one package!

The Nauticam NA-Z9 brings embodies the experience gained by producing professional housings for Nikon's flagship DSLR and mirrorless cameras, blending them to create the most intuitive underwater imaging platform available.

The NA-Z9 uses the N120 Port System for Z-Mount full-frame lenses. When using F-mount lenses, the FTZ adapter is inside the housing which allows for the same port configuration as is found on an F-mount DSLR system such as the NA-D6 or NA-D850.

Essential control are placed within easy reach of the ergonomic handles and easy setup means more time in the water and less time working on your rig. Within easy reach of the ergonomic left handle are finger-actuated levers for the customizable 'Fn1' and 'Fn2' buttons as well as the AF-Mode button. A double thumb lever triggers the PLAYBACK and DISP buttons. On the right side is a double thumb lever for the AF-ON and REC control as well as recessed lever for ISO and a forward placed lever for the 'Fn1' button.

The NA-Z9 is built around the extensive N120 Port System that supports a wide range of F-Mount and Z-Mount lenses with a variety of acrylic and optical-glass port options. The Optical Ocean Z9 System includes the Nauticam 140mm glass dome port, 20mm extension and zoom gear for the Nikon 8-15mm fisheye lens, as well as a flat mcaro port for either the Z or F mount Nikon 105mm macro lens.

The Optical Ocean Nauticam NA-Z9 system includes TTL triggering with the TTL Converter for Nikon). The flash trigger plugs into the hot-shoe of the camera and uses LED lights recessed into each of the two optical bulkheads to trigger supported underwater flashes when used with the correct fiber optic connection. The flash trigger is powered by coin cell batteries that provide thousands of flashes per battery.

The Nauticam vacuum check and leak detection system is shipped with NA-Z9 as standard equipment. We've included the M16 valve along with the M24 adapter to complete this monitoring system to provide constant updates on the water tight and safe-to-dive status of the housing. A simple color coded LED lighting system lets the user know that the vacuum is solid, or that the housing is losing vacuum. Leak detection is built into the same circuit, so if there is water intrusion, an audible and visual indication will occur. The Nauticam system is temperature compensated, eliminating false alarms caused by a change in outside temperature, or from a camera heating up on an action packed dive.

When the YS-D3 is fired at Guide Number over 22, a two-stage ready-to-fire signals will be issued. For instance, after the strobe fires at full power of GN33, the strobe will inform you both visually and audibly when the condenser is charged to fire at GN22. Then, when the condenser is charged enough to fire at GN33, another different signal will be issued. This design allows you to fire more rapidly in scenes where you want to shoot as many pictures as possible.