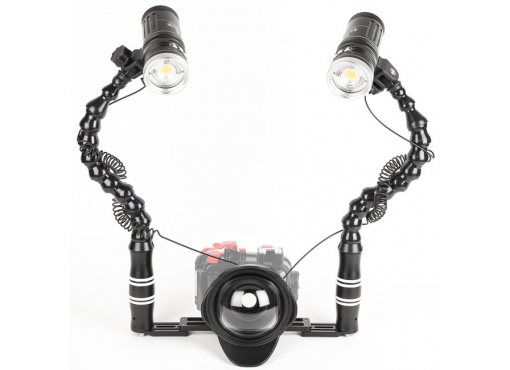 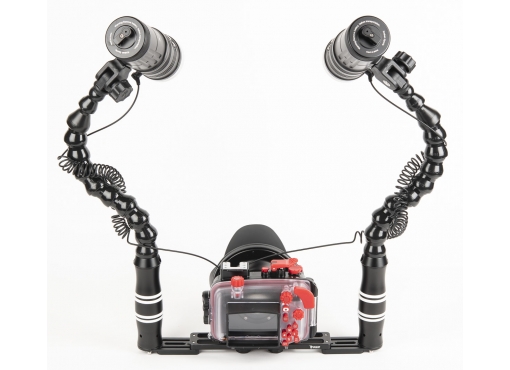 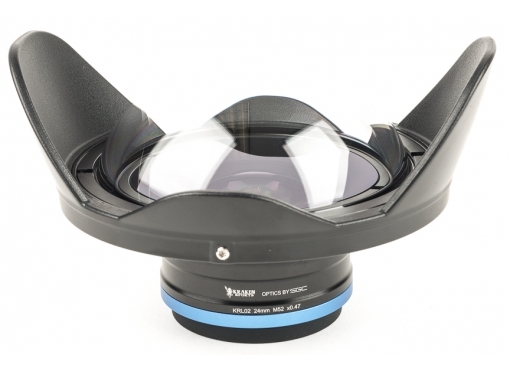 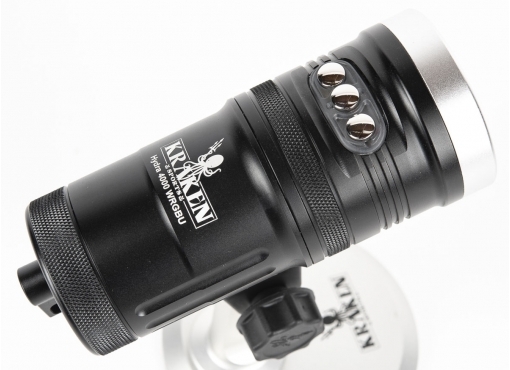 The Underwater Ultimate Kraken 4000 Lighting Package provides you with everything you need to shoot both underwater video and photos! Add your own camera and housing and this this lightweight package is ready for diving! Starts with a 52mm Kraken KRL-02 Wide Angle Lens (other lenses available). Lighting consists of two high-power Kraken 4000 lights with 6000 lumen "burst" flash mode, two sync cords and an adjustable metal Kraken Dual Handle Tray.

The package includes a sturdy, easy to hold and adjust Kraken dual flex arm tray with integrated handles. The arms are long and hold the strobes in position easily.

This is an excellent domed, fisheye wet lens that can be added to camera housings with a 52mm treaded port. The Kraken KRL-02 fisheye conversion lens has a magnification ratio of 0.47. This will give up to 150 degrees field of view with a 24mm camera.