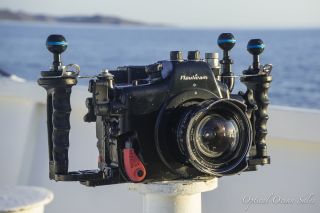 Shining a ray of light on this new small light. 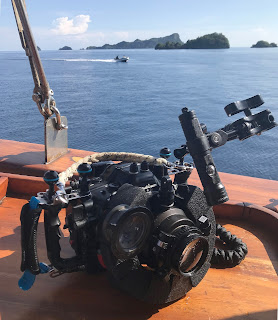 Kraken’s new Macro Snoot Light is an easy way to get into the use of directed light for underwater macro photography.

Snooting refers to the control of light through a cone, or light shaper, so that it’s used as just a small beam for more dramatic, lighting solutions. In studio lighting photographers use all sorts of shoots, barn doors, grates and more to achieve interesting light qualities.

It’s been very popular for some time in underwater photography to use snoots on strobes that can be aimed, and made larger, smaller, or even shaped. Products such as the 10Bar Laser-aimed Snoot, or the Retra Light Haping Device have quite a bit of creative flexibility built into them. 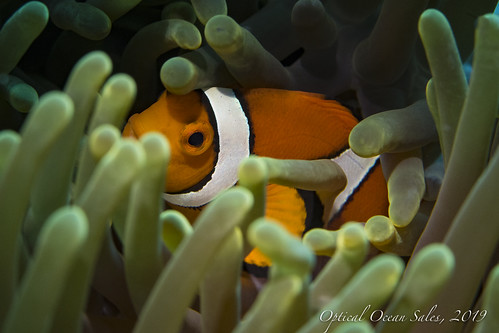 However, these are fairly long and bulky on the end of a strobe to use, travel with, and are more expensive. It also takes quite bit of time to acquire the subject, aim the snooted strobe, adjust exposure and take the shot you want.

Kraken’s new Macro Snoot Light is small and lightweight. It comes in a bag with a rechargeable battery that you can just plug in to recharge - no external charger is necessary. Like all Kraken lights, it has robust construction and is double oring sealed.

I tried this macro light out on the recent OOS Photo Expedition to Raja Ampat. Most people who shoot snooted photos set up on a rubbly bottom to shoot nudibranchs or other small subjects that don’t move around too quickly. It can be a bit frustrating to get everything all lined up! 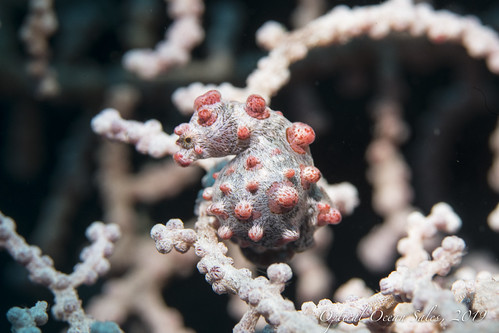 Misool in Raja Ampat, with its rich reefs and walls doesn’t have many of those types of photo opportunities. So I decided to use the Macro Snoot Light on a couple of short arms off a ball mount on my Nauticam D850 housing and just swim it around on a wall dive. This made for a very compact and easy-to-dive-with macro lighting system that’s pretty versatile.

As the light is a “constant on” light, you can see exactly what your shots will look like. The main difference with using the snoot light over a strobe, is that you are shooting with ambient light. You’ll need darker areas to shoot, with a higher ISO and overall exposure. The light from it doesn’t flash at high speed and amplitude like a strobe to freeze action, so shots will have a softer look to them, and the colors less saturated. 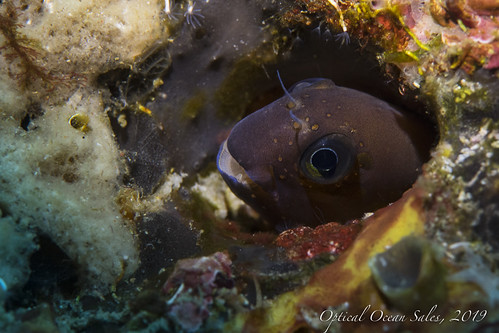 But this can give you some nice, soft lighting and shots with a much different feel, that are really more emotional looking. This contrasts nicely with brightly lit macro shots.

The Kraken Macro Snoot Light comes with a small, round “light limiter” that puts out a very tiny section of it’s 400 lumen light. If you were shooting with high magnification, this might work out well, but it would take holding it off to the side on a small tripod and locking down the setup to shoot it. I quickly decided to use just the light with no limiter and with my Nikon 105VR lens and a +5 diopter to make it easier. The light itself has a small focusing lens on it that casts a larger beam that’s soft and yet limited, sort of a small slightly rectangular beam.

To dive on the wall in some current, I pre-aimed it at some small invertebrates so that when I was at the focus distance of the lens the light was aimed correctly on that same area. Then I could just swim along, find something to shoot and only have to do a small bit of adjusting. I ended up shooting at 1000 ISO at f/20-22 and still could shoot at 1/125th of a sec to freeze the shots. I just adjusted the aperture, let the rest alone, and made slight movements of the light to change my exposure on lighter or darker subjects. I was thus able to shoot quite a few different subjects, unlike other times with a snoot on a strobe that might take 10 mins or so to set up. 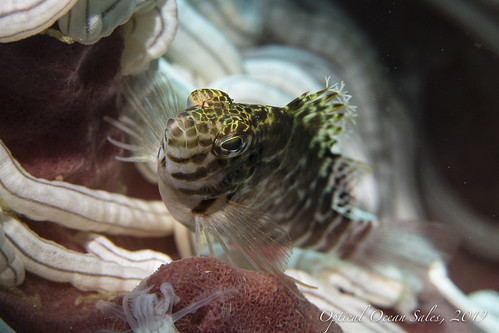 I was pleased with the results and got some shots I wouldn’t of gotten otherwise with a strobe. I ended up with darker foreground and backgrounds with the light right on the subject to isolate it from busier backgrounds.

I think the Kraken Macro Snoot Light is a nice small addition to a DSLR travel kit and would also be a nice way for compact camera photographers to use a lightweight solution to get into snoot photography on a budget.