Blue Water Diving: It's All Good 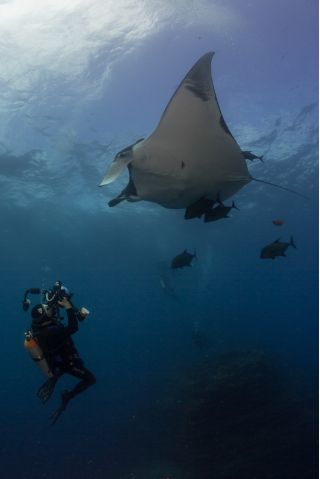 Went down to Cabo for a few days and then out on the Solmar V to the Soccoros for a week in mid-January. It can always be a crap shoot, and the last trip I made (this is my third) was in January and was spectacular.
Read more
Sep 8, 2015  Jack Connick  Equipment Reviews

Last year I shot the Sony A7 in a Nauticam housing (review here). It seemed like it might be the future realized: a full-frame sensor, mirrorless camera, full of the latest technological advances. There was a huge buzz and it looked like it really might be the advanced photographer’s dream system; powerful, small and light with all the quality, sharpness, low-light and dynamic range (shades of color, particularly in the highlights and shadows) capabilities that a full-frame camera brings to the table.
But there were issues; a severe lack of lenses available in the new Sony FE mount, poor build quality (a plastic $2,000 body?) and slower than optimal AF.

There were work-rounds, notably for underwater use the Nauticam Nikonos adapter that allowed use of the old Nikonos mount lenses, like the 15mm FE. But it simply wasn’t a fully-realized system for underwater use, although I enjoyed shooting it. 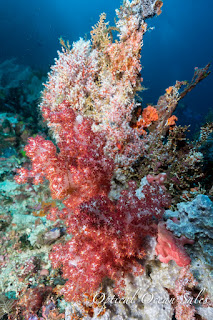 Sony upped the game with the release of the a7s and a7r models; high resolution and video specific versions, and then more recently released the much more revised a7II. Sony, (who never made a camera they wouldn’t change in the next month) has now released the a7IIR model with amazing 4K video recording capabilities, etc. However that model was not available when I took this system on my trip to the Solomon Islands. 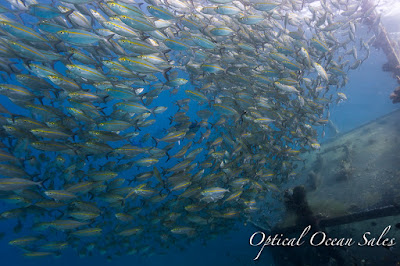 The good news is that the a7IIR will fit existing housings with a small modification to the mode control knob (it now has a lock), so my comments are all pretty current. Time constraints didn’t allow me to shoot video, and with the a7IIR on the horizon this review doesn’t attempt to tackle that area.

The Sony a7II tackles most of the missing issues head-on. A much better, slightly larger metal-constructed body, greatly faster AF, and a host of other tweaks and improvements, makes it a much improved contender. Partnering with Zeiss, Sony has pushed ahead with releases of new lenses; notably for underwater use; the Zeiss 16-35mm, a (somewhat cumbersome) 28mm with wide and FE converters, and lastly a great 90mm macro lens - something that Sony seems to overlook among their many different mount lenses. 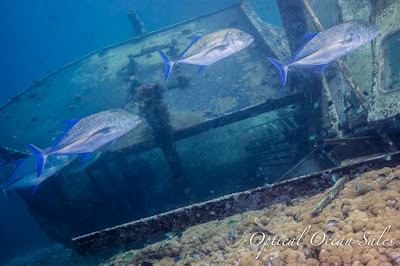 I was also excited to see that Sea & Sea was aggressively entering the mirrorless housing market, first with their aluminum MDX-a6000 and now with the MDX-A7II systems. More players in the market means more choices for the consumer.

The MDX-A7II is the first Sony a7II housing to work in optical sync D-TTL with Sea & Sea’s YS-D1/D2 strobes utilizing an internal optical sync controller. However, the prototype controller was not working and one of the new YS-D2 strobes gave up working in TTL.  So I switched to electrical sync with manual control which worked out fine. (Sea & Sea has gotten this ironed out on the release version). 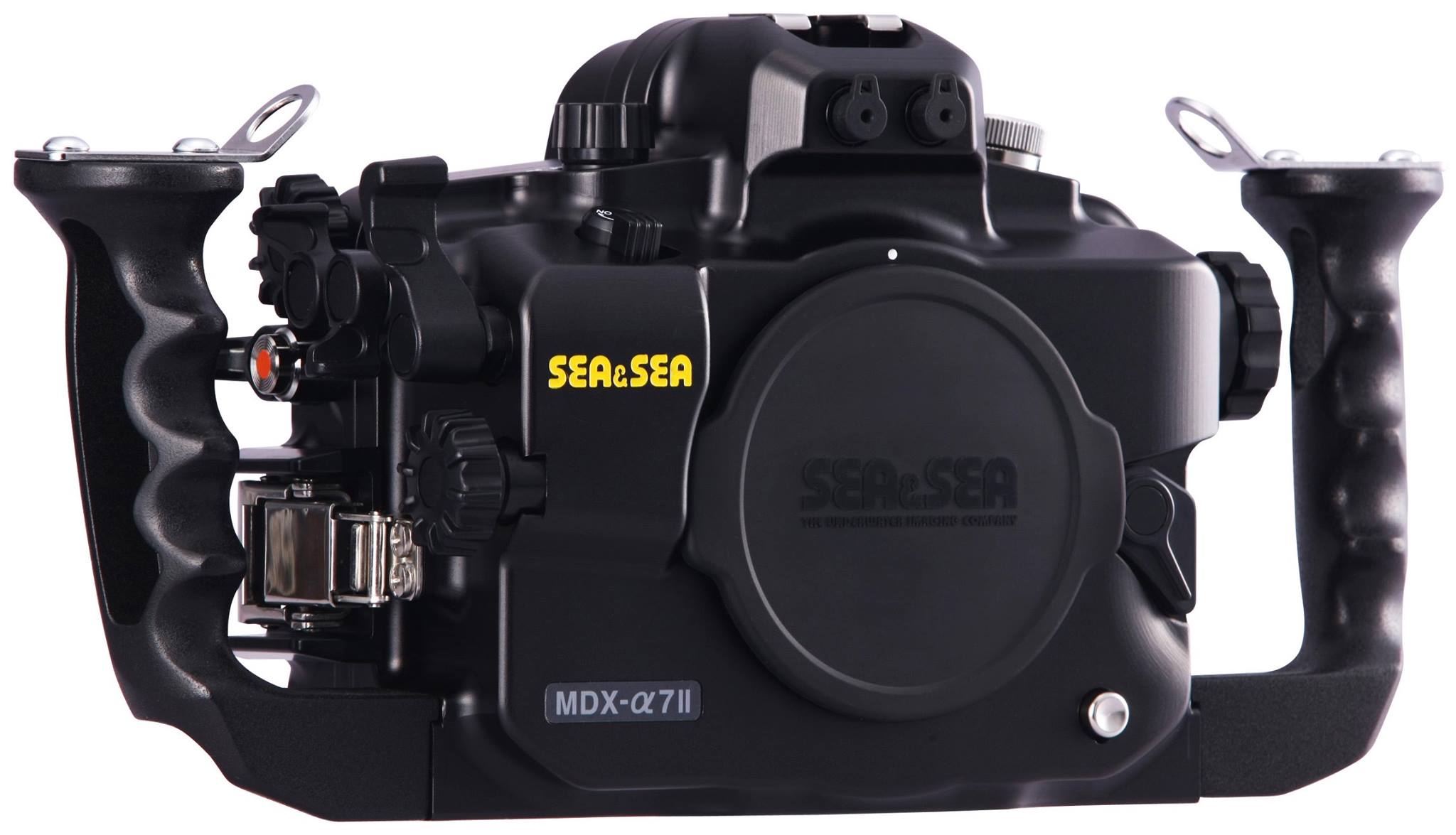 Sea & Sea hasn’t released new ports for this camera like they did for the MDX-a6000. I shot the Zeiss 16-35mm lens behind the 8.5” Sea & Sea Fisheye Dome Port with a Focus Extension 46. The Sony 90mm macro lens fit behind the standard Flat Port 87, but it really needs a shorter macro port for best magnification. The new FE full-frame lenses for the a7II like the 16-35mm Zeiss, have a large diameter, they end up being close to the same size as similar Nikon and Canon lenses. This means that they have to be housed in larger 100mm diameter ports, or with an adapter in DSLR ports. But this is all taking away from the ideal, lighter, smaller system that’s promised by a mirrorless camera. 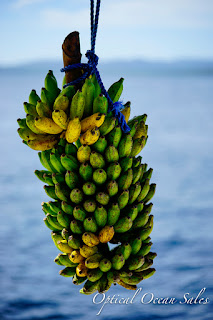 The issue with using a MIR to DSLR port adapter is that if you have wider-body lenses, and you want to change a battery, you have to take off the DSLR port, then the lens, then the housing back and camera body. Then reassemble. You end up with a lot of expensive parts out on the camera table and a lot of chances to get debris on your o-rings. This is true for both the Nauticam and Sea & Sea housings for the Sony.

The housing fits the Sony a7II camera nicely, and the controls all worked well. Like the MDX-a6000, Sea & Sea has used a locking port lever, ports push on, rotate and then you lock them down. I found the weight in the water with the acrylic dome port to be almost too light, due to the larger DSLR-size dome port. Acrylic dome ports have a tendency to twist up in the water due the large bubble they hold. This balance was more pronounced on the MDX-a7II, as the housing is smaller and is less of a counter balance to the large dome. 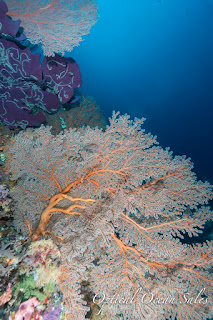 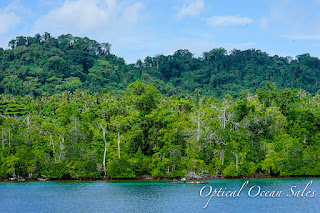 Shooting the Sony a7II was very fast and responsive. The Zeiss 16-35mm was a very nice lens to use, more adaptable and certainly easier to use than the all-manual 15mm Nikonos FE I shot last year. (Sea & Sea also supports the Sony 28mm and conversion lenses). I never had any trouble catching focus with it. The Sony 90mm macro is also a great option for this camera and shot well, although I had problems using a diopter with it due to the longer Port 87 not fitting well. Overall, the camera was satisfying to shoot, and I really liked it’s techy features like focus peaking. I also found the view screen sharp and easy to use, I didn’t need to use the viewfinder at all. Zoom controls for the 16-35mm lens were smooth, although it is moved out onto the port, so my fingers kept getting confused, I had to reach forward a bit to access it.

However, I’m a Nikon kind of guy, ok sort of a dinosaur. I love my D800 and I tend to compare everything to it. I feel for the relative size of the system after adding in larger lenses and ports, you really are giving up a lot of options that you have with a DSLR. There are simply many more lenses available; DSLRs are a much more mature platform. For instance, the Sony FE lens line still needs a decent fisheye lens. The auto focus on the Sony a7II is fast, just not as fast and accurate as on a good DSLR.

Subjectively, I just don’t find that I am seeing the same sharpness and dynamic range I can get with the D800. I took sharp photos, but I had to work for them, the camera was finicky to lock focus in the right spot like I can with my D800. 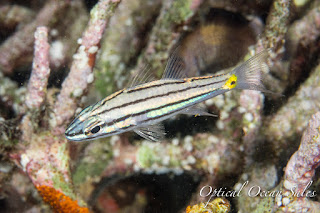 Yes, the D800 is a bit heavier and larger, but not by much, especially in the water. Domes for equivalent Nikon 16-35mm or 17-35mm rectilinear lenses are very large, ideally 230mm (9.25”), but I have found I can use a smaller 170mm dome and shoot around the corner issues it presents.

For me, if I want a smaller rig, I’ve found the Olympus O-MD E-M1 system to be an ideal compromise between features, weight and quality, easily shooting as well as a cropped-frame camera with a much smaller footprint, an excellent selection of lenses and well-supported through many housing manufacturers.

This all is going to be different for video shooters where mirrorless cameras, and particularly a technologically advanced camera like the a7IIR, offer a lot of advantages. The Sony a7IIR holds a lot of promise and should be very popular for those users and for those wanting a bit more than m4/3rds cameras can deliver. The Sea & Sea MDX-A7II is a nice, well-built housing with all the features and quality you’d want.