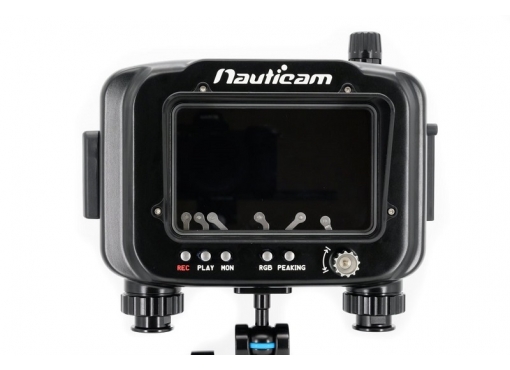 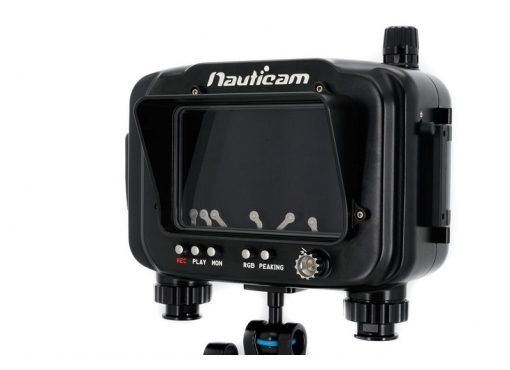 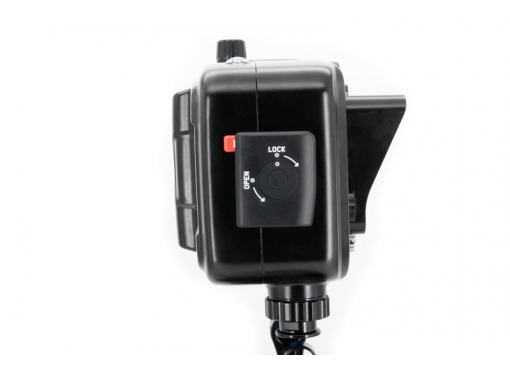 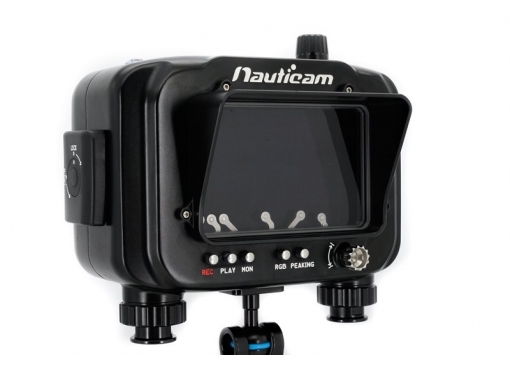 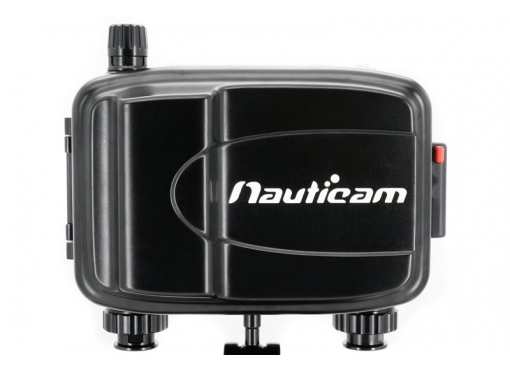 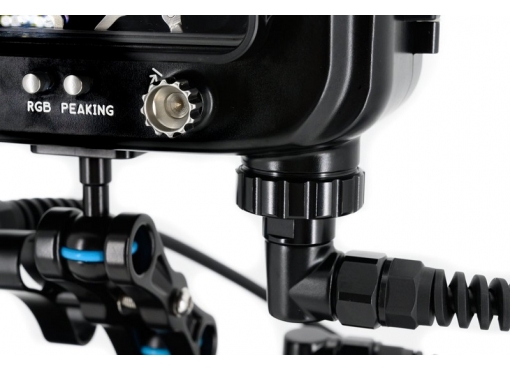 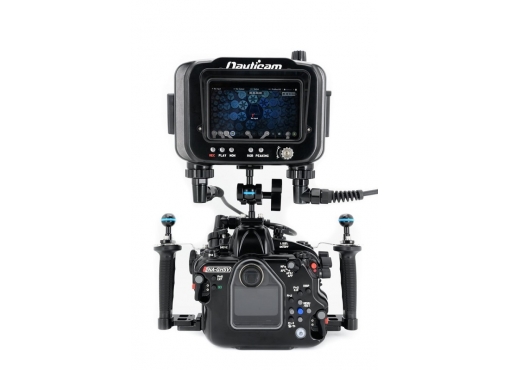 The Atomos Ninja V is a high quality monitor and video recorder capable of recording 4K 60p 4:2:2 10-bit video. When used with supported housings and cameras, The Nauticam NA-Ninja V allows for the connection of the Ninja V over HDMI 2.0 in addition to providing easy access to the Ninja V controls underwater.

The Atomos Ninja V is an exceptional monitor, featuring a bright 1000 nit 10-but HDR 5.2" screen that can display over 10 stops of dynamic range with compatible cameras.  The monitor includes a variety of exposure and focus assist tools to insure your footage is properly exposed with critical focus.  In addition to being an extremely capable monitor, the Ninja V is also a recorder.  When used with compatible cameras over HDMI 2.0, the Ninja V can record 4K at 60p in 10-bit 4:2:2 ProRes or DNxHR formats to Atomos AtomX SSDmini solid state drives.  With a 1TB SSDmini drive, the Ninja V can record up to 150 minutes of 4K video.

The Ninja V exposure guides include a Waveform for luminance, RGB Parade for color balance, and Vector Scope for hue and saturation.  These tools, especially useful for the underwater filmmaker, allow accurate and fast judging of exposure, even in the most uncooperative lighting scenarios.  Even when recording Log or HDR footage, using Rec.709 or HLG monitoring displays the video on the screen adjusted to the levels of the chosen standard.

The Nauticam NA-Ninja V builds on the strong foundation Nauticam has built with previous Atomos monitor/recorder housings but is built around the new M28 large-bore bulkhead that supports HDMI 2.0.

The Ninja V is easily mounted in the housing, dropping in without trays or other mounting accessories and is held in place by two rotating locking levers.  The Ninja V features both an HDMI 2.0 input as well as an output and the NA-Ninja V supports both as well.  With dual M28 bulkheads, a second HDMI cable can be run to another monitor.  The Ninja V allows for the application of. cube format 3D LUTs to this output signal.

The NA-Ninja V supports up to the NP-F970 size battery which provides up to two hours of run time.  A CR-2032 battery powers the vacuum check and leak detection system.  When used with the included Vacuum Valve, the system gives real-time feedback about the watertight integrity of the housing through an easily visible multi-color LED on the top of the housing.

Access to the touchscreen controls of the Ninja V are handled via a series of buttons and a selector knob beneath the screen of the housing including PLAY, REC, MON, RGB, PEAK and the Muti-Selector Lever.

NOTE: HDMI cables for this housing are SOLD SEPARATELY

Only AtomX SSDmini drives are supported in the housing.  Conventional SSD in the Atomos Master Caddy are not compatible.

What's In The Box:

NOTE: HDMI cables for this housing are SOLD SEPARATELY

Only AtomX SSDmini drives are supported in the housing.  Conventional SSD in the Atomos Master Caddy are not compatible.