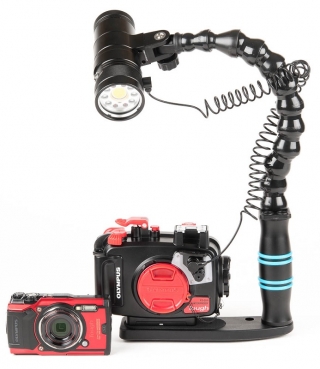 The Olympus TG-6 camera and housing packages have been very popular with a wide variety of divers. The camera shoots great stills as well as 4K video. It has underwater preset modes for snapshot, wide angle and other modes that make life easy.

Having a lighting system that can shoot both stills and video gives the widest possible use of this great little camera. The new Kraken Hydra "S +" lights that now come in a 2500, 3500 and 5000 lumen models, as well as the popular Kraken Macro Ringlight 3000, all support a higher lumen output in a fast "burst" mode that saves power and gives a higher output for still photos.

I used to think small. My first digital underwater camera was a Fuji F-810 that was a tiny little thing, but had a great sensor and sharp lens. I still occasionally sell photos I took with it.

But once I started shooting DSLRs underwater, I’ve never looked back; performance, image quality and adjustability to conditions all seemed to be factors that I really enjoy. I moved from cropped sensor cameras to full-frame, and have just gotten used to traveling and diving a large rig, however expensive and awkward it can be.

I’ve tried other compacts along the way, notably some older Olympus and more recently a Sony RX100II, but they seemed to either excel in one aspect of photography like wide angle, or their software was hard to use or lacked features. Close focus was also lacking with these larger sensor compacts.

Then I tried a Panasonic LX-100 out. I was impressed by it’s super sharp and fast Leica f/1.7 lens and large 1 inch sensor. The camera has direct controls for ISO, notably lacking in the Sony RX100, and a unique and intelligent way you can switch into auto aperture or shutter speed simply by moving their dials to the end of the settings. No mode dial necessary.

The LX-100 is the latest of a long line of enthusiast cameras that started with the LX-3. Long on video features like 16:9 picture ratio, adjustable capture rates,  easy one-touch white balance and more, these cameras have long been viewed as a great way to capture both video and stills. The LX100 takes it much further and set the camera world on it’s ear by being the first compact camera that could shoot 4K video. Due to my bags getting delayed a week on my trip to the Solomon Islands, I only had time to shoot stills with the camera. 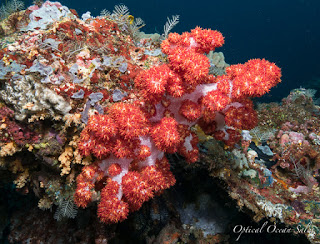 Nauticam’s legacy with Panasonic is evident in it’s housing design and the NA-LX100 comes with all the latest features such as a vacuum leak detection system, cam lock closure and aluminum 300’ depth rating. It’s a good, solid performer.

The housing comes with a standard, full-range flat port. This gives the best of both worlds by allowing you to shoot close-up to wider angles. But the flat port reduces your field of view by 1/3rd on the wide side. Nauticam has made two other ports in it’s N50 compact camera port range; these change with a flick of a lever. There is a N50 macro port and mini-dome - not really a wide angle lens, but it replaces what you loose underwater to refraction - so you still have a 24mm field of view. You can also add an Inon wide angle “wet” lens to the macro port for even wider shots. 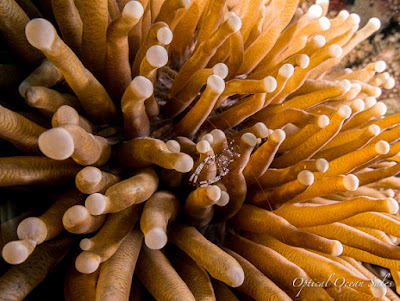 I quickly gravitated to the mini-dome port. I found that it’s field of view was ideal underwater and the camera’s amazing built-in close focusing ability allowed me to take anything from extremely close focus to wide shots easily with sharp corners. The fast f/1.7 lens also gave me quick focus lock in most conditions (we had some murky days). Having a small rig that focuses down to it’s dome allows some great opportunities underwater, we were able to shoot a very small glass shrimp in it’s anemone environment giving it a “wide angle macro” feel.

Does changing the port limit you to shooting macro or wide angle? To a certain degree yes, but with some dive planning and creativity you’ll get more “winners” than a lot of mediocre shots by setting up for the type of shots you think you want to capture. 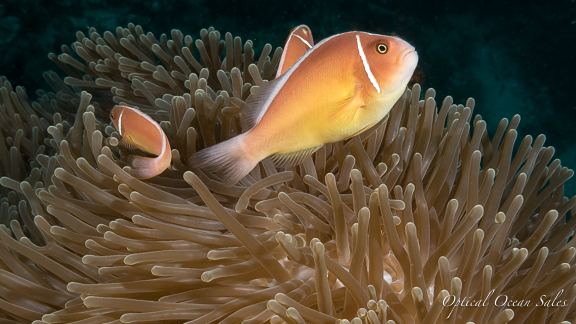 My eyes aren’t what they used to be and I really liked the “quick menu” combined with the large display of the bright viewfinder. Not so the little EVF; it’s pretty hard to see underwater, although it does have uses above water on sunny days.

Nauticam has set up all the controls to be able to access them easily. You can flick the focus control from AF to Macro without pausing. The housing features an extra large knob for that control and macro enthusiasts will love switching to manual focus and dialing it in easily. There is a setting in the menus that will show a smaller magnified view and focus peaking display can also help by showing the areas in focus in another color - “Don’t shoot ’til you see the reds of their eyes!”. 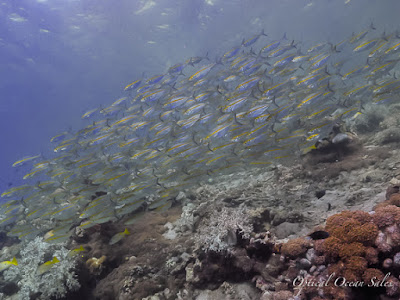 I usually shoot with manual settings, but it’s also easy to move the shutter or aperture all the way to “A” mode then click the +/- EV dial up and down to adjust exposure. Either method gives you excellent control of the camera. You also have direct control with the multi-controller and can change all aspects of the camera directly such as ISO or white balance with any of these methods.

You can program three function buttons and changing the F2 button away from the default “wireless sync” mode gives even quicker direct access. The LX-100 also has three custom modes; how about setting up the camera for macro, for wide angle and for video? However way you want to set up the camera - it’s just a button away, and easy to access from the Nauticam housing.

I shot the LX-100 with both the Sea & Sea YS-D1 and the new YS-D2 strobes and found either TTL or manual easy to change on the camera. TTL was quite accurate - EV can be adjusted on the camera or strobe. Manual flash power setting can be dialed down in the menu to make the camera recycle very quickly. This all works well and without the sync issues I’ve seen on Sony and older Panasonic cameras. Camera battery life was very good and lasted a couple of dives at least. If you want to shoot available light, the camera flash can be turned on and off.

I was diving a larger full-frame camera as well, but on a couple of high-current dives where I didn’t want to deal with the larger rig, I took the LX-100 along and really enjoyed it’s small footprint. Nauticam has shipped the housing with flanges that connect to their Flexitray tray system and it gives a very solid and reasonably small rig to shoot with. Underwater the differences in size between compact camera models goes away quickly and while it’s not the smallest footprint, it’s very small.

But the biggest question was performance. Can a compact keep up? What I found was that in decently lit situations it worked great. In dim light that lacked contrast I would occasionally get some focus hunting, but it wasn’t nearly as bad as other compacts I’ve tried. Adding a focus light and using the AF lock button instead of the half-press trigger lock improves focusing performance immensely. The frame rate was fast even shooting RAW and we quickly snapped a couple of dozen shots of a curious batfish one morning in a wreck as he posed for us. I occasionally even out shot the strobes’ recycle time - very fast performance indeed for a small camera.

The Panasonic LX-100 is certainly a keeper and I will happily add it along with the Nauticam housing system to my camera bag.