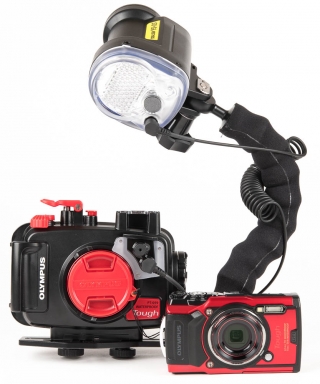 Congratulations on buying a great underwater compact camera package! We've written these instructions to help you get started.

Read more
Jan 6, 2016  Jack Connick  Equipment Reviews
I recently took a dive trip to Bayahibe, Dominican Republic to do underwater video. But, before my trip, I finally had the opportunity to upgrade my underwater photo/video system.

Working in an underwater photography store for over a year now has given me a lot of time to think about what camera system would work best for me. It has also made me aware of a huge amount of technical information as well as the opinions of many other underwater photographers. Sometimes I think that made it harder for me to decide (as I have changed my mind several times over the past year) because I know of so many options.

I actually got my start on an old MX10 film camera, then upgraded Olympus digital cameras. But, until recently I have been using Canon crop frame DSLRs for about 8 years for photography as well as a Canon HD Camcorder for dedicated video. My latest Canon DSLR (purchased in 2013) was an attempt to combine photography and video in one system. But the Canon t4i / 650D, while great for photography, fell short on underwater video - due to the lack of smooth autofocus while underwater. 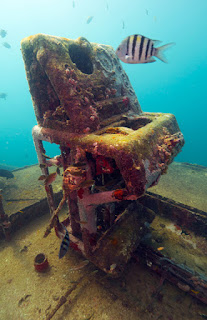 So, after a year of waiting and researching, I finally decided to get the Panasonic GH4 (even though it had already been out for quite some time), since I had started doing more video than photography, but still wanted the option to do both. I also liked the idea of being able to shoot 4K video and the fact that (with an adapter) I could still use all my expensive, high quality Canon lenses while I was not underwater. The GH4 also has a huge number of options for HD video formatting. For this trip, I chose .mov files - 1920x1080p at 60fps since I was shooting wide angle and wanted the higher frame rate for more detail in movement. For more ideas on specific camera settings read the Setting Up the Panasonic GH4 for Diving article.

But I still needed a mirrorless lens for underwater. Since the majority of my underwater video has been wide angle I decided to get the Olympus MZ ED 7-14mm f2.8 PRO lens as my first lens. I was a little concerned about finding mirrorless lenses that would measure up to the Canon lenses I was used to, but this lens sure does! It does a really good job for wide-angle shooting - as well as close focus wide angle - in any condition. (See my review of the Olympus 7-14mm lens here.) 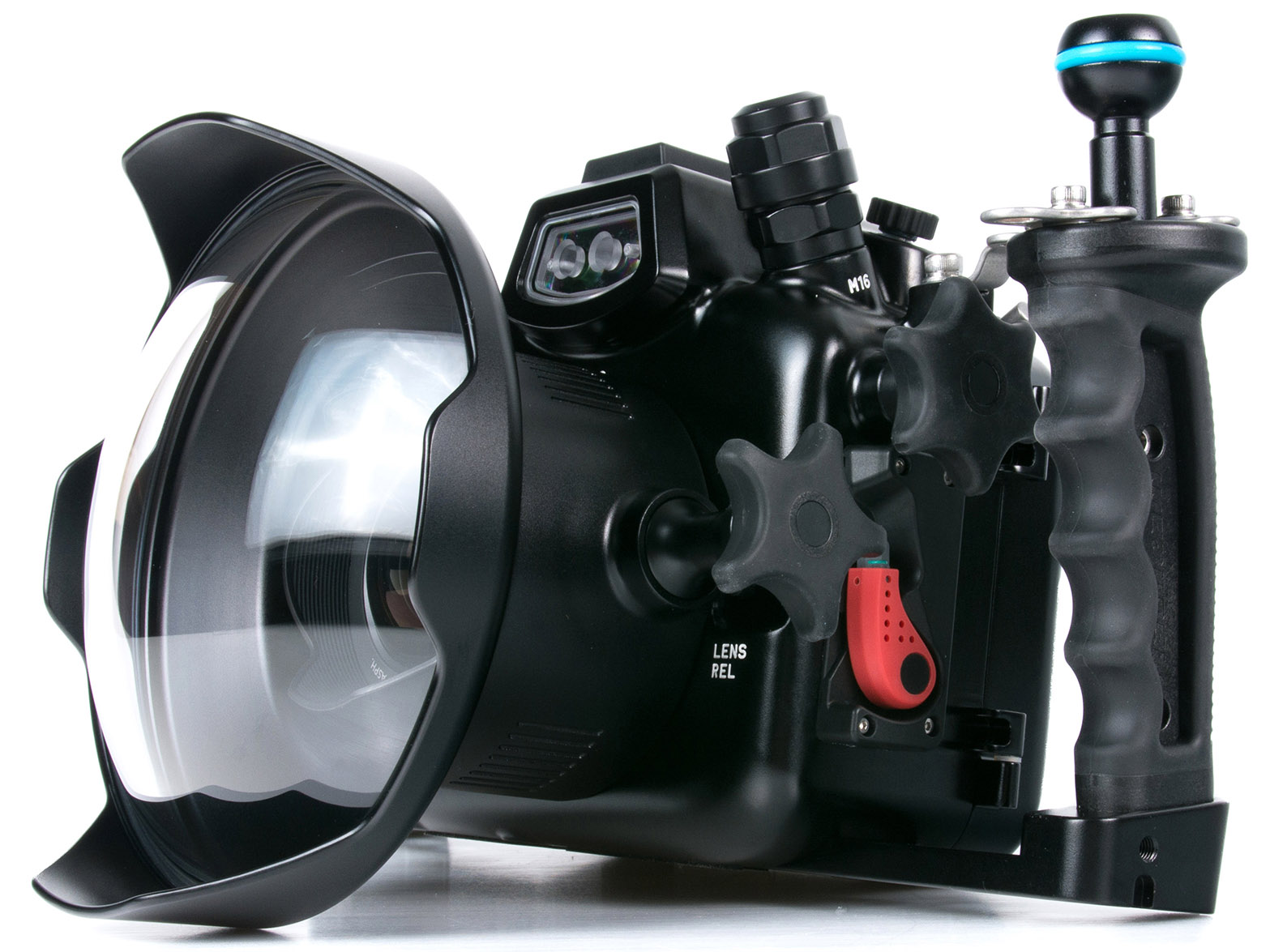 For my housing, I chose the Nauticam NA-GH4 Housing with a 180mm Optical Glass Dome Port and the N85 to N120 55mm Port Adapter with Knob. Since this is all a really big investment, I added the Vacuum system to the housing for extra security. I chose Nauticam for many reasons, including ergonomics and durability. All the buttons are so well thought out, making them second nature to use. I am also very impressed with the port system. The port and adapter is very easy to assemble and lock to place, so that I know without a doubt that they are secure. I hope to add additional lenses and ports in the future, and there are so many to choose from. That is another reason I chose Nauticam - the fact that I can easily “grow” this system. One thing on the top of my wish-list, since my focus is mainly on video, is a SmallHD 502 monitor with a Nauticam NA-502 housing. On this trip, I also had the pleasure to demo two 4000 lumen i-Torch Venom c92 video lights. To hold the lights, I used i-DAS arms with 2 medium sized 10Bar floats added to the arms. That, combined with the amount of air around the lens in the dome port, made the system close to neutrally buoyant. (Check out my review of the i-Torch Venom c92 Video lights here.)

On my first dive day I decided to just take the camera and housing (no arm system or lights) so that I could get used to the camera underwater in a less bulky manner. This worked well for me to get confident with a new housing and it also made me super excited to the bring the lights the next day - since, even with some manual white balance, my footage was flat and too blue without the benefit of lighting. Plus, I found out I would have the chance to go wreck diving the following day! That is a “must have lights” dive for sure.

When shooting the GH4 underwater, from here on out, I used some manual white balance, plus the 2 iTorch c92 4000 lumen lights. I set the manual white balance ahead of time using a few different shades of blue - for different depths. Since I did not have a dive buddy and I wanted to limit underwater fiddling around with gear, I tried to have as much set up ahead of time as possible. I found this method of manual WB plus lights, worked the best for all situations except when there was no blue light (natural light filtered through the blue water). On my dives, this only happened in the vary dark areas of shipwrecks, but the same would be true for night dives. On those occasions just the lights, with auto white balance is good.

In Bayahibe, most of the diving was not very deep - about 40-60 feet average, but the first wreck dive, the St. George was deeper: Bottom - 144ft, Stern - 102ft and Top - 50ft. We did not go to the bottom, but we swam through many of the upper rooms at around 90-100ft. This depth, combined with the loss of light inside the wreck made nice bright lights essential for good footage

Since the water had high visibility I used the lighting position in the above
illustration, being careful to make sure the lights are behind the front of the dome port. While diving through the wrecks, I did have to keep repositioning the lights in order to be able to fit through doorways and other openings. So, sometimes I could not have the lights in ideal position while inside the wrecks. Because of this, occasionally the edge of the light was visible. I do wish the edge fall-off was more gradual, but other than that, the light from the c92s was perfect. For most dives I kept the light power between 7-9, I only turned the brightness down for very shallow shots.

I was very happy with my new system, it is a huge upgrade from my old Ikelite housings and lights. Everything felt so much more secure as well as just better engineered. The Nauticam handles are very ergonomic and all the buttons and knobs work so smooth and precise. The white balance button on the housing threw me off a little at first, as it’s a little hidden on the side. But once you know it’s there, it’s super handy positioning. I also really liked having the green light from the vacuum system - telling me everything is airtight - before I even jumped in the water! The i-Torch c92 lights offered nice bright and even light. The GH4, combined with the Olympus 7-14mm lens worked very well to give my footage great detail, color and focus. —  Margo Cavis, Optical Ocean Sales