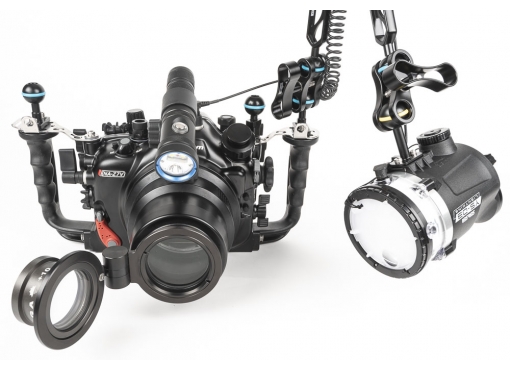 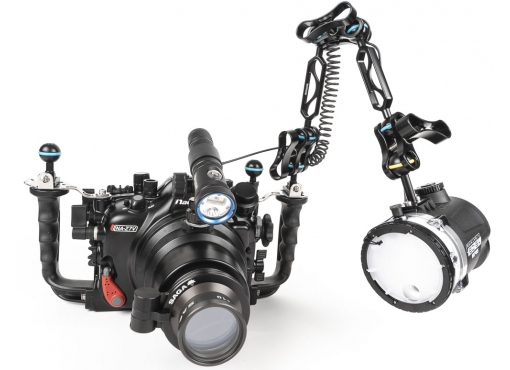 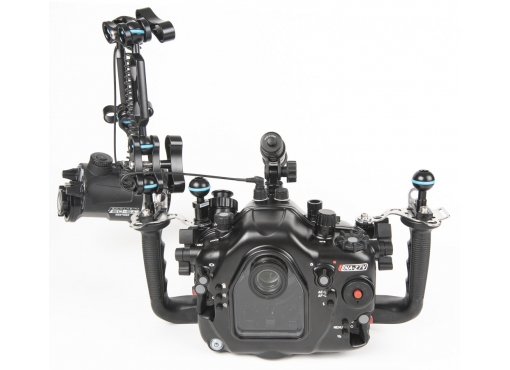 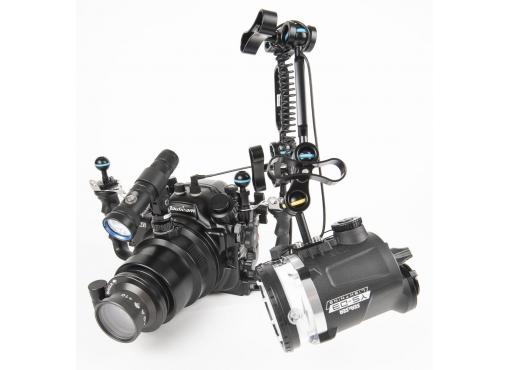 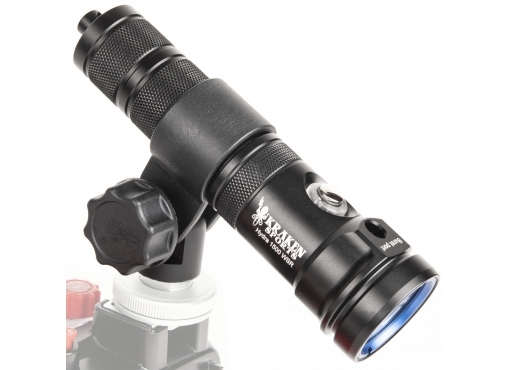 Features Nauticam's Z7V Housing for the Nikon Z7 and Z6 cameras, (option for Z7II/Z6II housing), along with a macro port for the Nikon 100mm macro lens, and Saga flip holder and +10 macro lens. The system also includes an advanced lighting package including the new powerful Sea & Sea YS-D3 strobe and Kraken 1500 lumen focus light. This system is a great way to get into tis state-of-the-art mirrorless camera system, with the ability to add on additional strobes, ports and other options as you grow your system.

Innovation, ergonomics, and reliability are the hallmarks of the Nauticam brand and are brought to new heights with the Nauticam underwater housing for the Nikon Z7/Z6 camera. Key controls are placed within an easy reach from the ergonomic, rubberized handles with unmatched ease of use. Controls on the housing are placed exactly where they should be for easiest access in water, regardless of the camera layout. The NA-Z7V supports both the Z6 and Z7 models and features the larger-bore M24 bulkhead that supports HDMI 2.0 connections needed for the Atomos Ninja V Recorder/Monitor.

The Z7 and Z6, Nikon's first full-frame mirrorless cameras offer underwater shooters the same legendary Nikon sensors with the versatility of an electronic viewfinder and the more compact form factor of a mirrorless system. The NA-Z7V supports both the Z6 and Z7 models.

Regardless of where the control is located on the camera, the Nauticam NA-Z7V housing puts them where you need them to be underwater.  For those switching between photo and video modes, an easily reachable switch is located on the right rear of the housing.  The right side double thumb lever, easily reached from the right handle features access to the AF-on and Record buttons respectively.  Between the double thumb lever and the multi-stage shutter release is an ISO lever allowing quick changes to sensitivity.

The left double thumb lever accesses the DISP and Playback controls.  The Zoom In and Zoom Out controls, located on the right rear of the camera body is relocated to the left side of the housing to a location more familiar to Nauticam housing users.

The switch that allows for switching between the LCD display and the EVF, a crucial and much used control with mirrorless systems is located close to the left handle within easy reach.

The Nauticam NA-Z7V housing allows not only the use of the new Z mount Nikon glass but also the F mount lenses with the Nikon FTZ Adapter. This allows use of legacy Sigma, Nikon and other lenses. This macro system features the port for the Nikon 105mm macro lens, a Saga Flip holder and anchromatic +10 diopter lens.

Wide angle ports, external viewfinders and much more can be added.

The NA-Z7V features Nauticam's vacuum check and leak detection system electronics, including the valve. The system gives a visual indicator of watertightness with the integrated multicolor LED.

The YS-D3 utilizes larger capacity condensers compared with those used on competing strobes. In addition, the D3 is also equipped with a newly designed charging circuit. As a result, the YS-D3 will fire at GN16 continuously without any interval time! Even when the strobe is fired at GN22, the strobe will fire again within a mere 0.8 seconds. When the YS-D3 is fired at Guide Number over 22, a two-stage ready-to-fire signals will be issued. For instance, after the strobe fires at full power of GN33, the strobe will inform you both visually and audibly when the condenser is charged to fire at GN22. Then, when the condenser is charged enough to fire at GN33, another different signal will be issued. This design allows you to fire more rapidly in scenes where you want to shoot as many pictures as possible