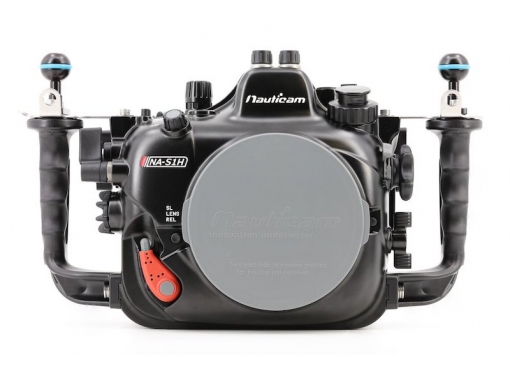 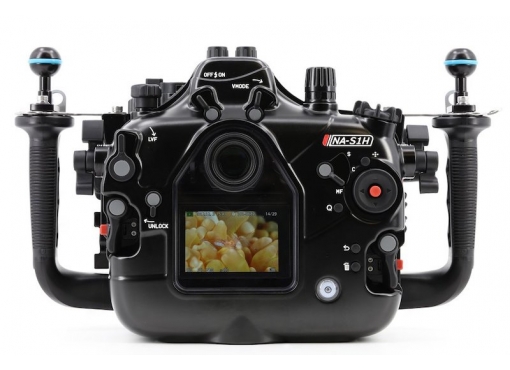 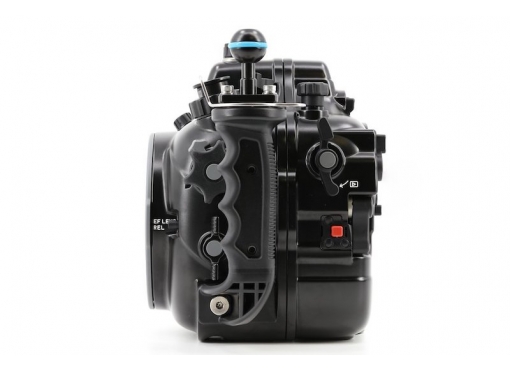 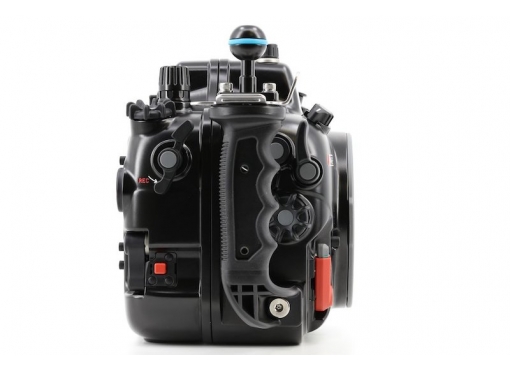 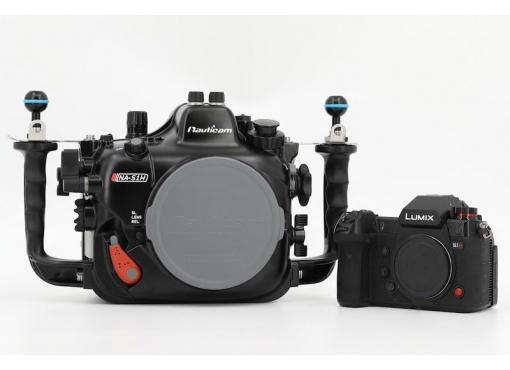 The evolution of the mirrorless interchangeable-lens camera has been happening at a fever pitch over the last few years with Panasonic leading the field of introducing more video-driven improvements.  With the LUMIX DC-S1H, Panasonic is taking its full-frame mirrorless S1 platform and giving it supercharged cinema-video specs.  The S1H is the first full-frame mirrorless camera to offer 6K (3:2) 24p internal recording with 14+ stops of dynamic range.  The Nauticam NA-S1H, with its M28 bulkhead supporting HDMI 2.0 output, can be combined with the Atomos Ninja V and Shogun Inferno external monitors/recorders to offer even more recording and monitoring options.

The Panasonic S1 brought many of the features that made the GH series of micro-four-thirds cameras popular with underwater image-makers to a full-frame sensor.  With the S1H, Panasonic has taken some of it's VariCam cinema-tech and added it to already strong video capabilities of the S1 platform.  The most notable is the ability to record 6K in a 3:2 aspect ratio at 24p (or 5.9K, 30p at 16:9) at a reported 14+ stops of dynamic range.  If 60p is important, the S1H will also capture C4K/UHD4K at 60p in 4:2:2 10-bit internally.

The NA-S1H follows Nauticam's Mission Control design philosophy that emphasizes placing the control where it is needed most, regardless of where it may be on the camera itself.  This has led to housings where the majority of essential controls can be easily reached from the ergonomic handles.  The use of thumb-levers allows for the manipulation of many controls without having to remove your hand from the handle which leads to more time spent focusing on the shot and less time looking for a control.

The NA-S1H features dual thumb levers on both the right and left rear of the housing.  The left side activates Playback and DISP buttons while the right controls AF-ON and REC.  An inner lever on each side adds additional functionality with ISO for the front right and LVF on the left rear.  A multi-position switch on the rear of the housing accesses C/M/AF and is located next to the multi-directional pad.

Sigma's MC-21 EF to L adapter will allows for the use of Sigma EF-mount lenses to be used with the S1 and S1R cameras.  The NA-S1R is designed to not only accommodate the adapter but to allow for the use of the existing focus and zoom gears for Canon EF-mount Sigma lenses for the N120 Canon System along with the existing Canon N120 extension ring and port combinations for those lenses.

The NA-S1H features the large-bore M28 bulkhead that supports HDMI 2.0 video output connections to external recorders/monitors such as the Atomos Ninja V and Shogun Inferno with the optional Nauticam HDMI 2.0 cables and monitor housings.  An HDMI 1.4 option is also available for those monitor housings that do not feature the M28 bulkhead.

The Nauticam vacuum check and leak detection system is shipped with NA-S1R as standard equipment (both electronics and valve). This monitoring system provides constant updates on the water tight and safe-to-dive status of the housing.

--for use with Atomos Ninja V (HDMI 2.0) Recorder/Monitor

What's In The Box