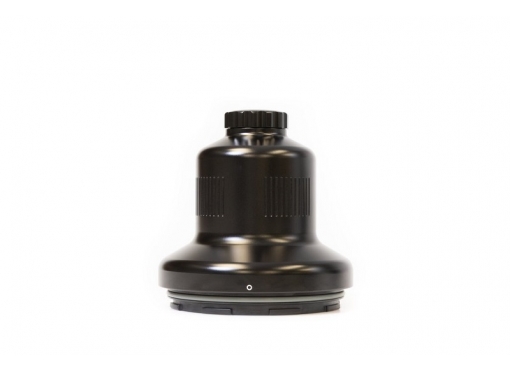 The Laowa 24mm f/14 2x allow for images and videos that truly bring the audience face-to-face or even eye-to-eye with your subjects.  The Nauticam system for the Laowa leaves the original front element of the lens outside the port giving the image maker the ability to utilize the 2:1 reproduction ration of the lens which would otherwise not be possible with a conventional port.

The Laowa 24mm Probe lens is produced in two versions, a Standard Version and a Cine-mod Version.  The Cine Mod version features de-clicked aperture adjustments as well as cinema-styled focus to allow for easier follow focus.

The Cine-mod version comes in both a Canon EF and Arri PL style mounts.

This Port Adapter, when used in conjunction with 16335 or 19155 allows for the use of the Laowa 24mm Probe Lens underwater with supported cameras in N120 Housings.

This kit is made up of three parts: