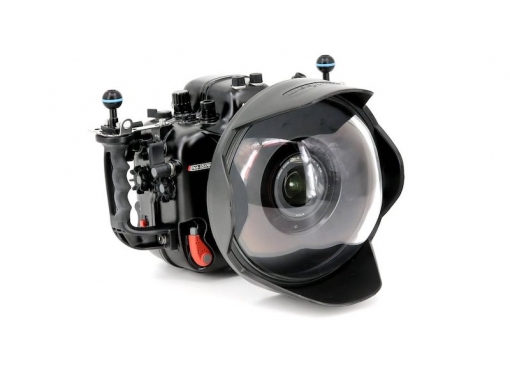 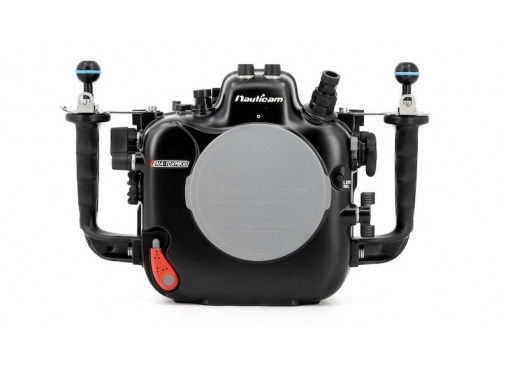 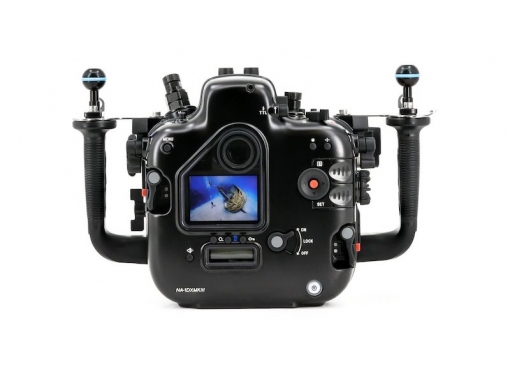 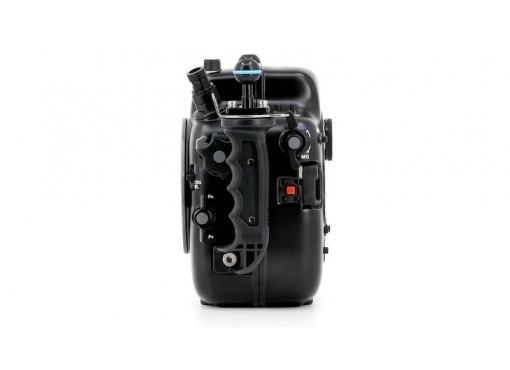 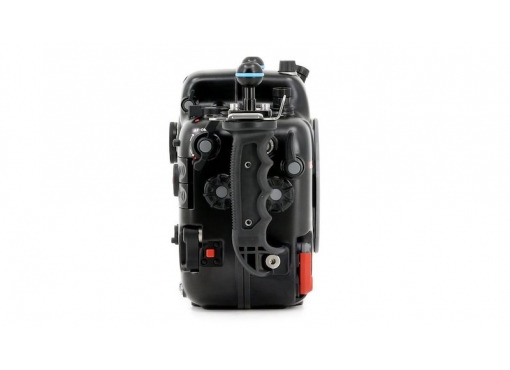 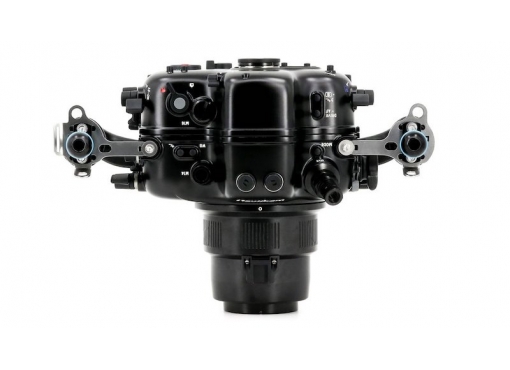 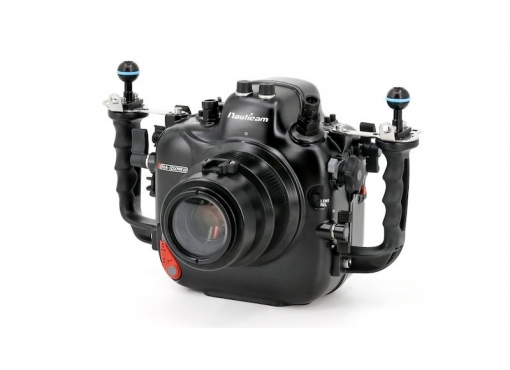 No system is easier to assemble or break down. The camera drops into the housing with a quick-release camera tray. No controls need to be preset, as housing functions for dials and switches align automatically (on/off, af-m, still photo/video). The large 120mm housing port opening allows even the largest popular pro Canon wide-angle lens (11-24mm f/4) to be used, and the camera can even be mounted in the housing with this large lens attached.

While the EOS-1D X Mark III can capture incredible 5.5K 12-bit RAW internally, it can also output uncompressed DCI or UHD 4K video over HDMI at up to 30p.  For those that prefer to use a more edit-friendly codec such as ProRes or DNX, the addition of an external monitor or recorder is an option.  The NA-1DXIII features the large-bore M28 bulkhead that supports Nauticam's HDMI 2.0 cable system and supported monitors/recorders such as the Atomos Ninja V.  The system also supports the HDMI 1.4 standard for use with non-recording monitor solutions such as the SmallHD 502 Bright and comes with an M28 to M16 step-down adapter pre-installed.  See the sidebar for recommended monitor housings and necessary connection accessories.

Regardless of where a button or control dial may lie on the camera body, Nauticam engineers obsess over making sure that access to that control on the housing be intuitively placed for ease of use to insure no shot is missed while searching for a button or dial.  The NA-1DXIII features a double-action thumb lever reachable from the right handle that actuates the AF-ON and RECORD buttons on the rear of the camera.  A recessed dual-action lever that rests between the right handle and the housing triggers ISO and the M.Fn controls.  A dual-action thumb lever on the left side is for PLAYBACK/INFO and another dual-action lever on the front left of the housing os for the customizable PV and FN controls.  Large textured control dials on the right side access the main and sub command dials and a large dial on the left side is for controlling lenses equipped with manual focus or manual zoom gears.

The NA-1DXIII supports flash triggering via the built-in fiber-optic bulkheads atop the housing through the use of Nauticam's Manual or TTL flash triggers.  The manual flash trigger provides high speed optical triggering of supported strobes using LEDs powered by an internal user-replaceable battery.  For TTL, the Nauticam Canon TTL Flash Trigger can be used.  The NA-1DXIII also comes with two M14 5-pin Nikonos bulkheads pre-installed along with a Canon to dual Nikonos bulkhead hot-shoe cable for electronic strobe triggering.  The M14 bulkhead is installed along with an M16 to M14 step-down adapter.

The Nauticam vacuum check and leak detection system is shipped with NA-1DXIII as standard equipment. Combined with an accessory vacuum valve (PN 25625 for M16 or 25624 for M14), this monitoring system provides constant updates on the water tight and safe-to-dive status of the housing. A simple color coded LED lighting system lets the user know that the vacuum is solid, or that the housing is losing vacuum. Leak detection is built into the same circuit, so if there is water intrusion, an audible and visual indication will occur. The Nauticam system is temperature compensated, eliminating false alarms caused by a change in outside temperature, or from a camera heating up on an action packed dive.

Optical performance is just as necessary as camera performance and this becomes even more critical given the challenges of filming underwater.  The Nauticam NA-1DXIII uses the same N120 Port System as the previous NA-1DXII which makes for a seamless transition for those upgrading to the Mark III.  While this system provides exceptional optical-glass and flat port solutions for a wide variety of EF-mount lenses, the real power of the EOS-1D X Mark III can be realized using Nauticam's Water Contact Optics.  This lineup of dry and wet lenses are conceived using commercial lens-design software to achieve truly unparalleled underwater image quality both for stills and video in both macro and wide-angle situations.  The WACP-1 and WACP-2 achieve ultra-wide 130º fields-of-view with reduced distortion over conventional optics while featuring ~0" minimum focus distances, zoom through capabilities and unbeatable corner sharpness at even wide-open apertures such as F5.6.  The SMC-1 and SMC-2 macro wet-optics, when used with the Canon 100mm F2.8 macro lens provide 2x and 4x magnification respectively and the SMC-1 actually provides a resulting image with increased contrast and sharpness than the 100mm lens itself can achieve in air without a magnifier.

What's In The Box